Home  »  Explain Microbial Cleaners (so I can understand)

Explain Microbial Cleaners (so I can understand) 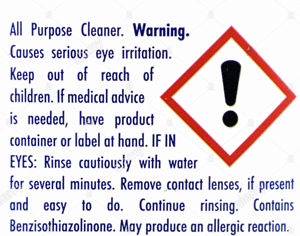 Microbial Cleaners such as URE-OUT and OIL-OUT don't use your typical detergent additives and fragrances like most cleaners use.  In general your typical cleaner removes the dirt from the surface only and hides any odour with the added fragrance.  Most regular cleaners we've become accustomed to using don't remove the cause of the odour, such as pet urine, because they don't generally penetrate the surface deep enough to remove the source of the problem.

Enzyme based cleaners breakdown the dirt particles into smaller pieces so they are removed easier but they still clean only the surface.  While enzymes can be found in plants and other natural items, most enzymes used in enzyme based cleaners are man made ... in other words they are a chemical, even though they are often sold as being a more 'natural, ecological' choice.

Microbial Cleaners such as URE-OUT and OIL-OUT contain specific microorganisms, called microbes, which love to 'eat' certain types of 'food' such as petroleum hydrocarbons, grease, urine, wine and blood etc.  Think of it this way, you and I each have foods we prefer.  Some of us prefer hamburgers or steaks while others prefer vegetables and dairy products.  Microbes are the same, each different type of microbe seeks out and 'eats' a certain 'food'.  This is important because it allows us to add a specific microbe to a cleaner which loves to consume oil, grease or other petroleum products such as those found in OIL-OUT.

How Do Microbes Work?

Microbes process their 'food' similar to how we do. They look for their preferred food source, in this instance that consists of fats, oils, grease, urine, manure, petroleum hydrocarbons, other organic waste materials, etc. Then they digest it through a process called aerobic respiration meaning that they need oxygen present to work, which provides them with energy to move around. And then, as with most creatures on earth, they get rid of the waste, except that in the microbes case their waste is water, carbon dioxide and any other organic compounds that they simply don’t need to function. This entire cycle is what's known as the Kreb's Cycle in microbiology.

URE-OUT removes urine and urine odour along with just about any protien based stains/odours such as blood, wine, sweat, mould etc. using microbes as explained above.  OIL-OUT similarly removes oil and petroleum based product stains using the same Krebs Cycle.

So, when you use URE-OUT or OIL-OUT, the microbes in the product seek out, consume and recycle the waste as water and carbon dioxide.  This totally removes the organic stain or odour you are trying to get rid of.  The results aren't usually instantaneous as it takes time for the microbes to do their work.  When you spray an area with one of our cleaners, they will continue to work for up to 72 hours, consuming the stain and odours.  It may take several repeat applications for more porous surfaces, such as oil on concrete or urine in carpets, as the stains have probably been absorbed down below the top surface.

Are there any large scale examples of Microbes being used to clean up our planet?

To answer your question, yes, there are a number of examples where microbes benefit our planet on a larger scale. 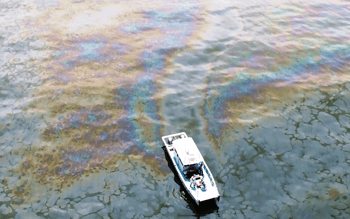 Microbes clean up oil spills in oceans and lakes.

Just about every decade, there is an unintentional oil spill somewhere in the world, and microbes are part of the solution. Researchers have discovered that certain aquatic microbes grow in number following an oil spill. It takes years, but the oil-eating bacteria eventually break down and recycle the oil's chemical components (mostly carbon and hydrogen).

Microbial-based products have been used to successfully clean-up many types of things. For example, there were microbes present in the Gulf of Mexico during the Deepwater Horizon oil spill back in 2010. Cleanup crews used chemical dispersant to break up the oil, much like how enzymes can shred organic waste. This allowed for several strains of petroleum hydrocarbon eating microbes already existent in the water to do most of the cleanup's heavy lifting.

Here is a really interesting article which explains how microbes are cleaning up the Deep Horizon Oil Spill in the Golf of Mexico.

San Diego uses a microbial cleaner to rid the cliffs of bird droppings.

The city of San Diego, CA hired a local contractor to remove layers of bird droppings on the cliffs of La Jolla Cove, that was causing a horrible stench when the wind blew inland. The contractor used a microbial product that digests the waste thus eliminating the odour. Environmental concerns were of utmost importance as wildlife was not to be disturbed, and as La Jolla cove is an ecological preserve. These microbes got rid of the problem safely and in only a couple of treatments.

Here are a couple statements made by the San Diego Union-Tribune regarding the cleanup:

"The city contracted with Blue Eagle, a San Rafael-based firm that uses a mix of bacillus bacteria to consume the bird droppings. The company has supplied similar odor eating solutions to the city of Sacramento and the Colorado Springs Zoo." and " The solution begins working in hours, officials said, and eventually neutralizes the unpleasant smell. An application costs about $50,000, and two to three applications will be needed each year to stop the stench."

You can read the complete article by clicking here.

How 'New' is this Microbiology Stuff?

It's been around since the beginning of time, but it's only recently (in the past 20 or so years) that we're learning how to use it to our advantage and to help the earth replenish itself.

Here is a really good reference page that simply explains how microbes work to help our planet.